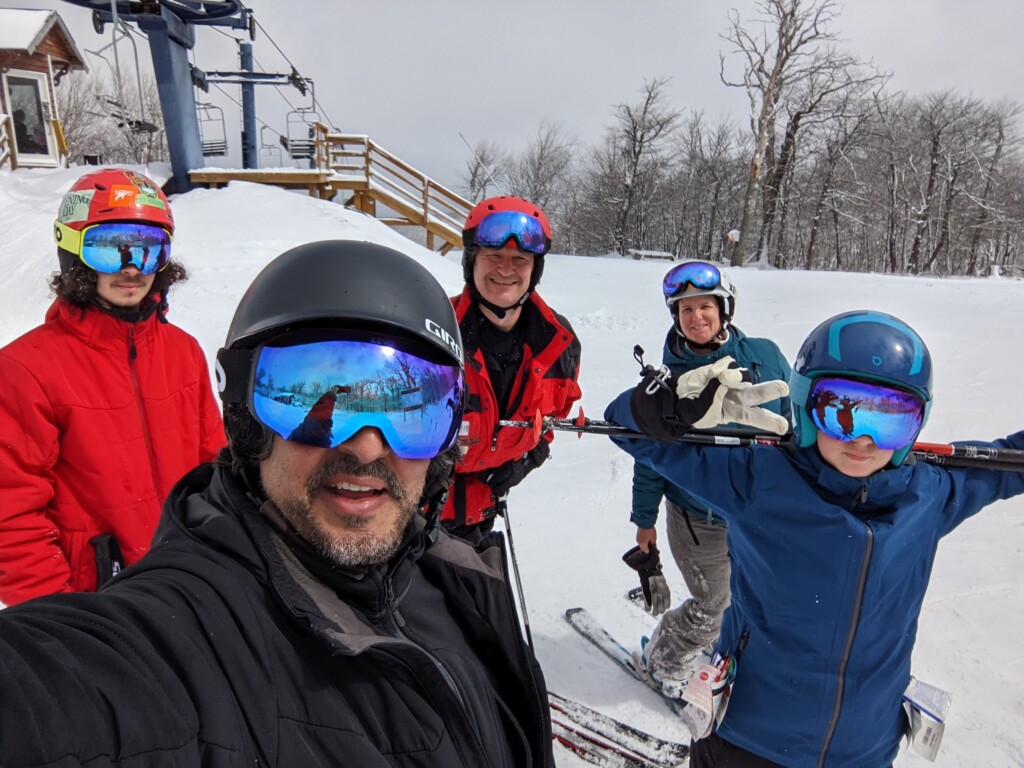 Alba Adventures based out of NYC, produces authentic family adventure film shorts, inspiring families to get outdoors and ski. People enjoy watching our videos because “they really capture what the spirit of skiing is all about: fun, family, friends and good turns on mountains.” But most importantly, it makes them want to go skiing with their family! With over 100 films so far,  showcasing 18 ski mountains in the Northeast.  Recently the Albas appeared in a My Pico Commercial, featured in The Mountain Times and VT Ski and Ride Magazine.

A husband and wife team with no formal training in filmmaking, began documenting their family adventures through video.  It wasn’t long before they became better at their craft. Through visuals and narratives they have inspired families to get outdoors and embrace family time together. 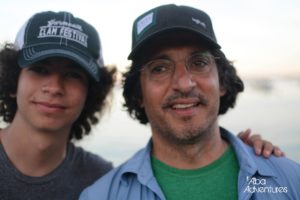 Ray with their son Sandro

Ray (Dad) is lucky, he has a twin. When they were just 6 years old, their Dad brought them to Masthope, PA  (now Big Bear/Big Boulder) and sent them on their own to figure it out. Together they learned how get on and off the chairlift and make their way down the mountain. When Ray was younger he was a competitive cyclist, and when he was not skiing, he was on his bicycle training for his next race. In 1992, Ray brought Alicia skiing for her first time.

As a young couple Ray and Alicia remember many fun times on the slopes. With a love for skiing and a passion for filmmaking, Ray Founded Alba Adventures. But, most importantly he is happy to share time on the slopes with his family.

His favorite run is Ice Castle at Mad River Glen, VT, because it is so challenging and scenic.

Alicia (Mom) did not learn how to ski until she was in her twenties. Ray brought her for a weekend of skiing to Elk Mountain, PA with some friends. Being from South Carolina she had hardly even seen snow, much less a mountain with snow on in it. 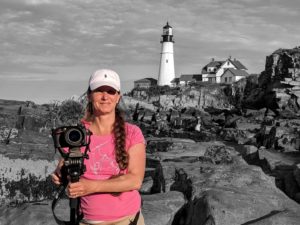 However, she did not start out as a natural. While waiting in line to take a class, she somehow managed to break Ray’s skis. Once she figured out how to make  pizza wedge, she had to go back for more. With both of them being hooked, they were able to ski all over the east coast and even made a trip to the Swiss Alps in the mid 90s. After taking a break from skiing,  she is happy to have rediscovered skiing again with her family.

As Co-Founder of  Alba Adventures, Alicia takes part in many aspects of production including filming, narration and storyboard concepts. She also has her own column called SuperSkiMom.

Her favorite Run is Poma Woods at Pico, Mountain, VT, because it is nice to ski in the woods, without worrying too much about the kids. Of course now they are all waiting for her.

Sandro (Son), is 14  and just started his first year of High School.  He is the rebel of the family, as he is the only one in the family to start out on a snowboard: that

was at age 6. The following year he decided to try skiing and has not changed back since, skiing over 20 mountains in the Northeast.

Besides being the family’s best bump skier, (don’t tell that to his sister), Sandro is the lead cameraman for our aerial footage.

Loving the woods and bumps, it is appropriate that his favorite Run is Paradise at Mad River Glen. He has only skied it  once, but hopes to do it again this season.

Nevada (Daughter) whose name means “it snowed”. We had no idea we would be playing in the snow, when we decided to give her the name Nevada. Now snow is always on our minds! 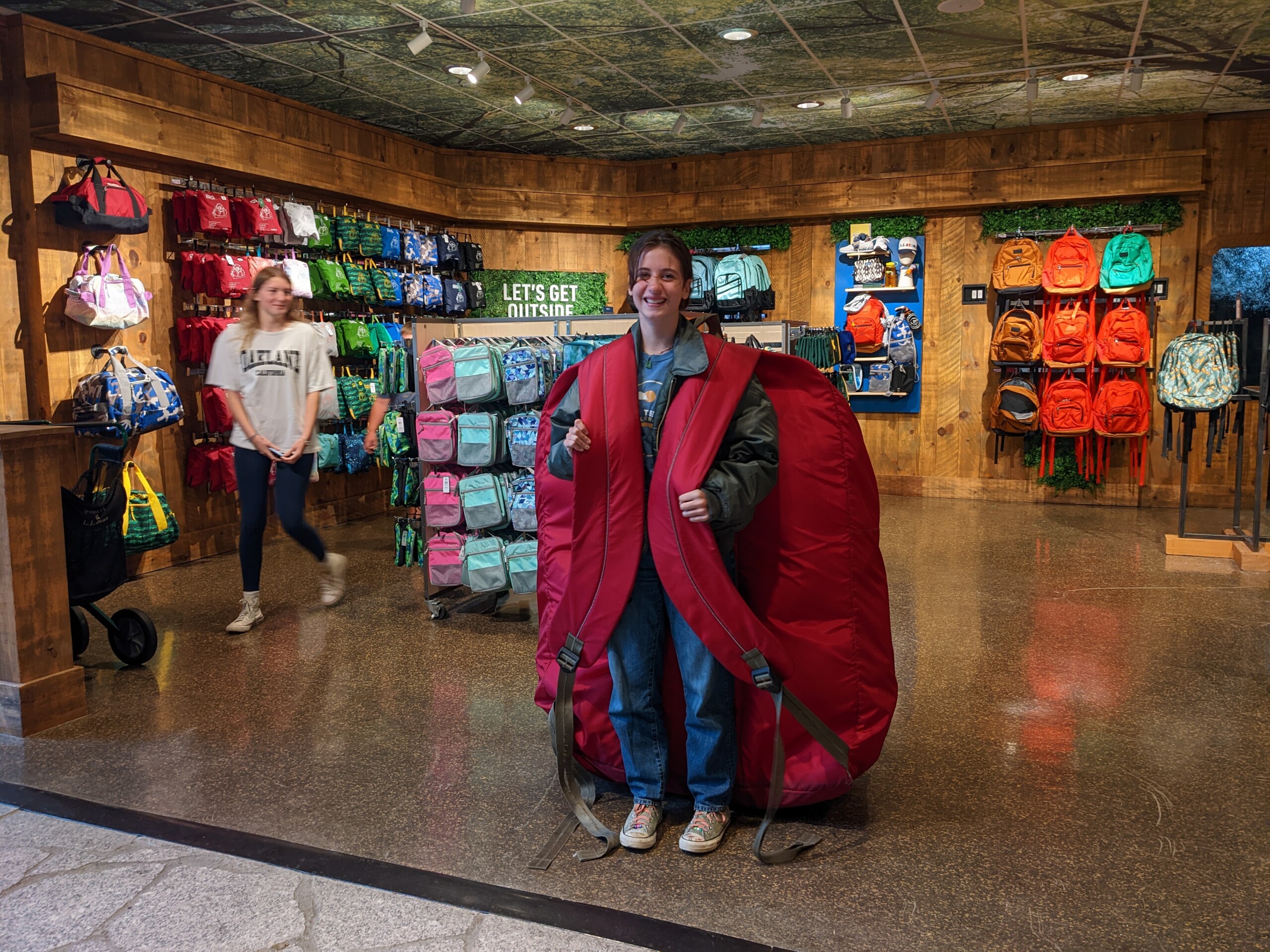 She couldn’t wait to start skiing with the family and got her first pair of skis, before she even turned 3.  Then before her 4th birthday, she was taking the Mad River Glen Single Chair on her Mom’s lap. These days if there is good snow on a run, this girl will be on it. If there is a saying that belongs to her it is, “Ski like this girl, if you can!”

In addition, to being Alba Adventures official PR Agent she is host to “Nevada’s Chairlift Snacks”, where she interviews her guests on the chairlift.  Be sure to check out her latest.

Her favorite run is Can Am at Jay Peak, she says, because she loves the bumps, but we really think it is Superstar at Killington.

“AMAZING video!! So well done and professional!! Felt very Warren Miller-esque with the narration and transitioning of scenes!! I love the editing and all the images too!! ”
by K. Anthony --Wilderness