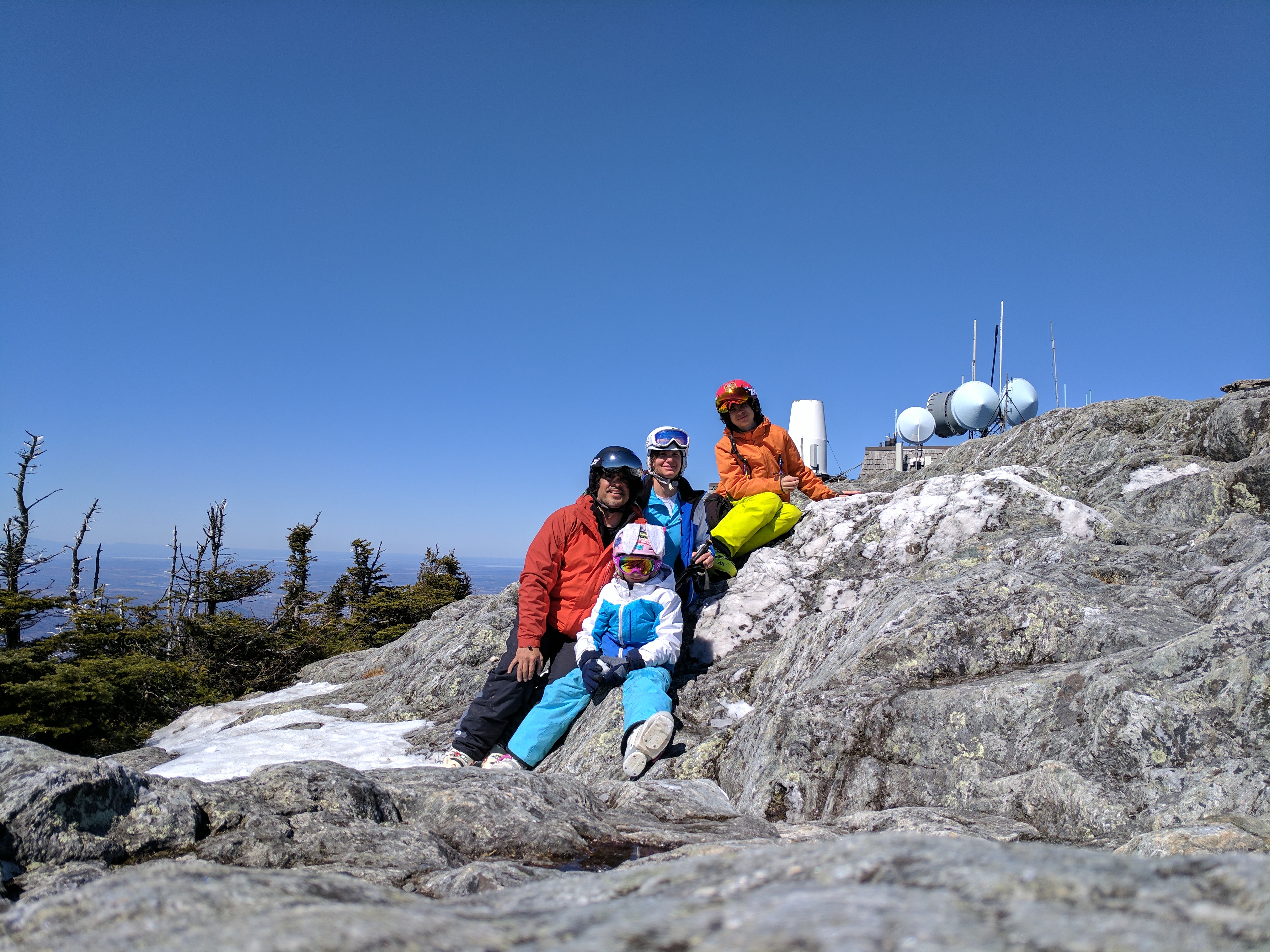 A butcher, a baker and a candlestick maker, well not quite. But it was a local agricultural teacher Harold Haynes, a Catholic Priest Reverend George St. Onge, and his neighbor a feed salesman Roy Barnett. After two years of going door to door selling $10 shares, a lot of sweat equity and the help of forester Perry Merrill, they were able to clear the roads and put in Jay Peak’s first T-Bar, which transported skiers up to the lonesome Open Slope Trail.

The odd trio’s desire to build a ski mountain was not enough to attract skiers, to drive great lengths to the end of Vermont. It was the expertise of Walter Foeger, that made Jay Peak into a destination resort. Foeger a former ski racer and coach from Hahnekamm, the mountain that is part of the Kitzbuhel resort in Austria arrived at Jay, in December 1955. He thought “the resort” would just  need a little help. But as he described it, Jay Peak had one trail hacked out of the side of the mountain, and a Poma lift that still needed to be installed. Foeger said the Open Slope Trail was quite good, but it was too steep for the equipment and for most skiers to enjoy. As for the buildings, they were not much more than cold shacks.

In January 1957, in frigid Northeast temperatures, said to be as low as -25F, Foeger, and the trio with the help of locals, cut down trees to make the Sweetheart Trail. Foeger claimed it would follow the contour of the mountain, allowing skiers an easier way down. Soon after, came the 2-miler the  Montreal Trail, now renamed “Haynes”. They then went over to Stateside, then came the Jet T-bar, and the Bonaventure Double. Foeger and Father George St Onge were able to raise upwards of $15,000 with the belief, there would be a trail called “St George’s Prayer” trail, which are now just remnants of the Northway.

It is no surprise that Foeger was quickly promoted to manager. All the while, traveling to ski shows in Montreal, Boston New York and Philadelphia, promoting Jay Peak as well as his Natur Technik, which guaranteed anyone to “Learn to Ski in a Week”.  Foeger’s ski method defied the popular method of first teaching the snowplow, and a series of steps to eventually get one skiing like an expert, parallel. With Foeger’s years of experience in the Austrian Alps, training ski troops in WWII, and coach Spanish Olympic Ski Team, he observed that many students had difficulty unlearning the snowplow to achieve full parallel skiing. He believed that you should not learn something, that you then have to unlearn to achieve your goal. After the 1956 Olympics, the “new way” became the rage and Foeger would have some 50 people at a time lined up to learn to ski his way.

It wasn’t long before Jay was known as a “real skier’s” mountain.  So much so, that once when a female skier was visiting from Stowe, complained that the mountain should be giving blankets on the chair,  Foeger responded with his Austrian accent, “I am zorry, vee haf no blankets. Vee are tough here at Chay Peak.”

By 1966, Foeger had convinced Weyerhaeuser Company  to buy into Jay Peak and put in Vermont’s only tram. But shortly thereafter however, due to management styles Foeger was gone.

The Weyerhaeuser Company stayed on for about 10 years until Canadian resort operator Mount Saint-Sauveur would then take over. In 1984, Bill Stenger was appointed as General Manager. While he saw many upgrades, to the lift system, it wasn’t until he partnered with Ariel Quiros and purchased Jay that real change happened. With their partnership a $300 million expansion took place, including water park, ice arena, golf  course, hotels and cottages.

From an idea of a few locals of having a ski hill in the Northeast Kingdom, Jay Peak has become the ultimate ski destination.

The Alba Family has made Jay Peak a Family Tradition.  Check out these two videos filmed on location at Jay Peak :

“This is fantastic. I have lived in Maine my entire life and yet this still gave me goosebumps...! Fantastic footage, and you are correct that it captures the feeling and beauty of this little corner of the world we call Maine.”
by  Joe T. The Bean Group --In Maine