A Snowvember to Remember

“You never know what to expect,
Every year will be different.
Just when you think it will never be
Or there will just be a deep freeze,
It will happen…

It’s not until you experience the elements,
That  you thought were ice needles
will turn to Diamond Dust…” from Alba Adventure’s “Winter’s Promise“

We all knew that Snowvember wouldn’t last, but it wasn’t just the blanket of snow that was so special. If you got to ski the last Saturday of November in the Northeast, you know what  I am talking about. As we rode up the chairlift Saturday, from a cloudy base, we ascended through such thick fog, we could barely see the chair in front of us. Each time we were mesmerized by the trees covered in delicate dazzling crystals, we now know as rime. When we reached our destination, at the magical summit, we were greeted with the finest snowflakes we had ever seen. We did not know at the time just how rare this was, all we  knew was that these were the prettiest winter trees we had ever seen.

Heading to the Summit 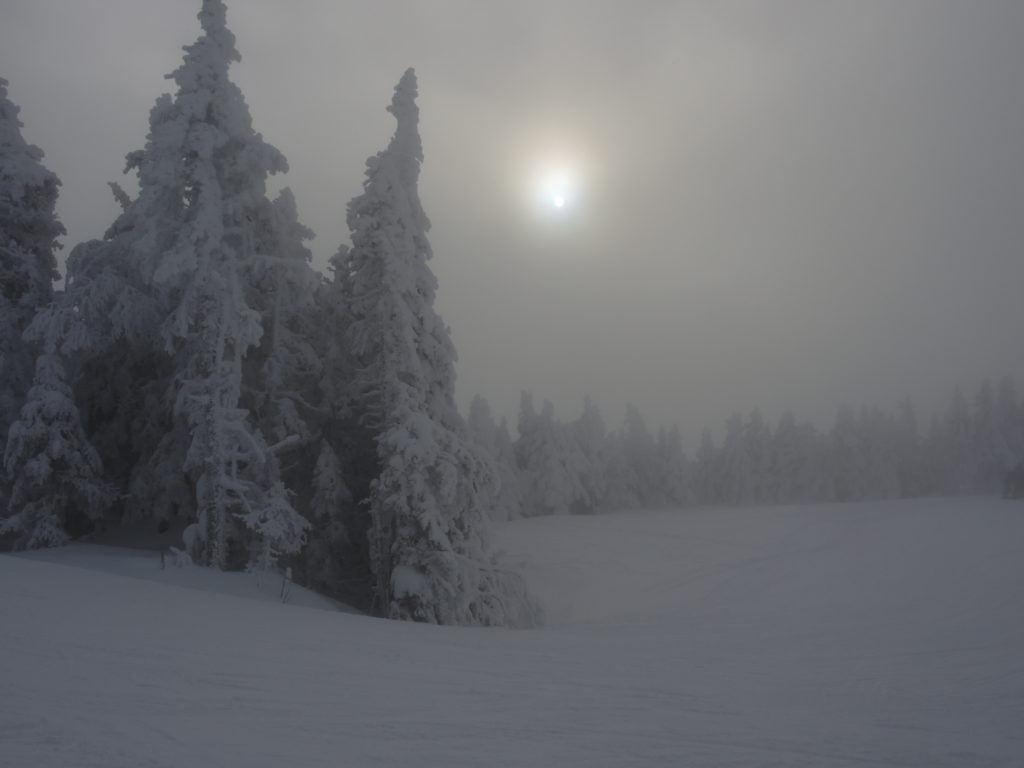 At the Summit with Sun Trying to Peek Through

People travel far, to the city of Jilin that sits on the Songhua River in China, to only get a fleeting glimpse of this frozen fog;  if they are lucky, as it usually only occurs 9 days in the month of January. This past weekend was one of those times here in our mountains.  With a plethora of snow on the ground, and my body feeling like we were going from 0-100, I was happy to take a rest between runs to let the kids enjoy nature’s rare delight. 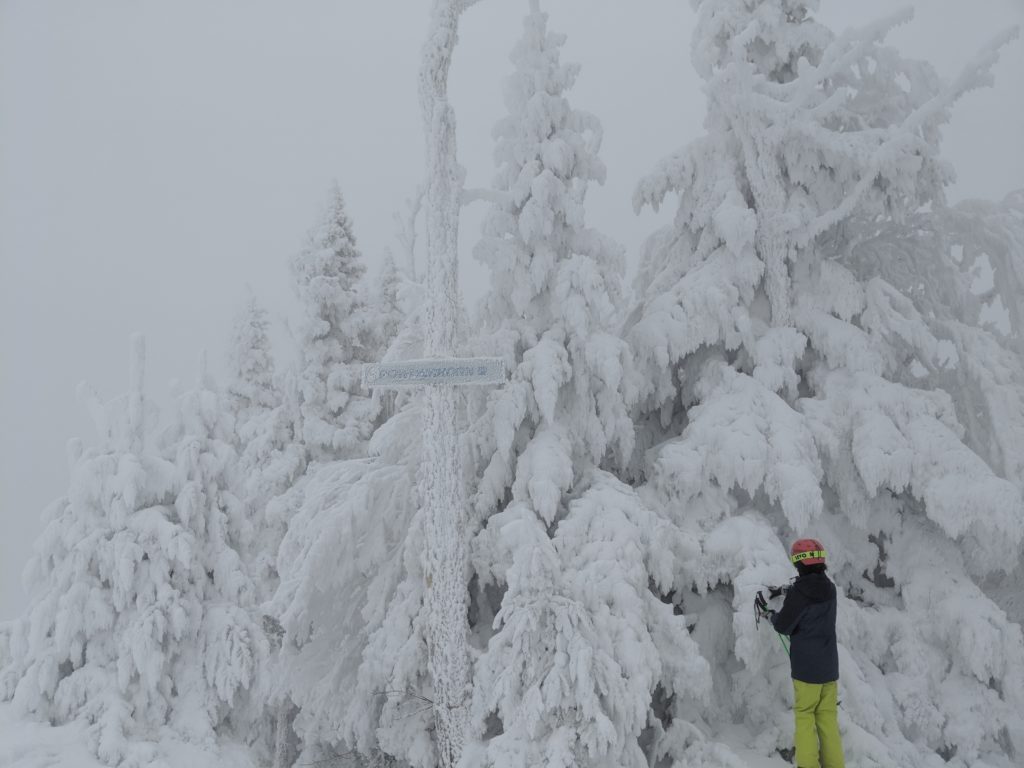 The Kids Relaxing in the Fluffy Snow

After a great day of skiing, we finished off our day in The Bear Den at Burke.  There was much talk about the incredible conditions we were having early season, and of course the “fine” snow at the summit, which we came to learn was actually frozen fog or snow rime and one of the reasons that this occurred. Because it was still early season the lakes were not frozen yet,  the warm air rose up, to meet the cold air at higher elevations, to form rime snow. 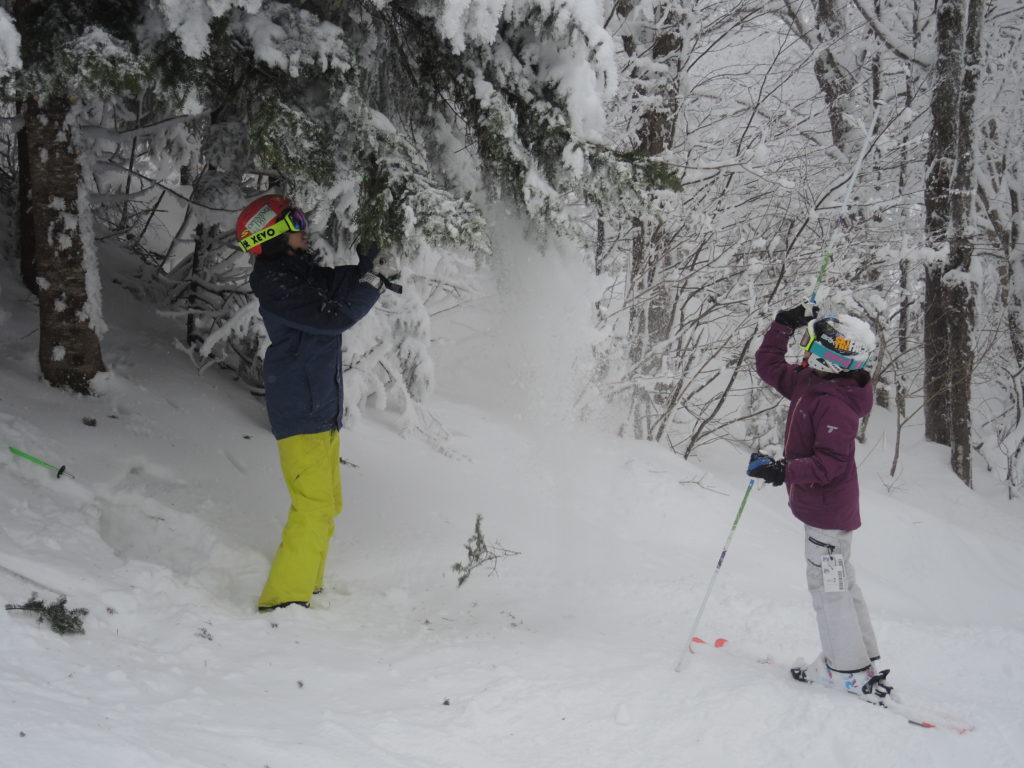 The Snow Easily Falls from the Trees

And just like in China, where this spectacular spectacles occur for only a few hours at a time before melting away, Snowvember had to end.  But at least now it is December and it looks like for the moment winter has returned. In the meantime, we will be “waiting for Winter’s Promise….” 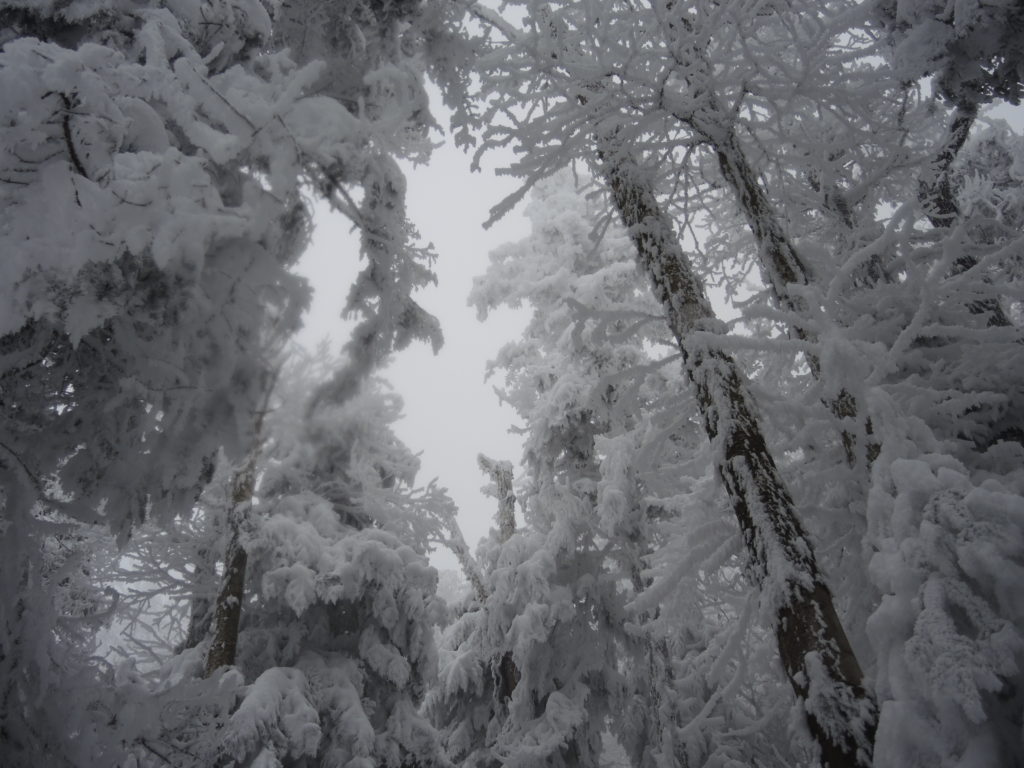 A Winter in November to Remember

“Love this video. Really strikes a universal theme that connects all skiers. Even though everyone's story is different, I feel like I can relate to them all.”
by Jeff F. --First Time